In a move to mitigate the spread of COVID-19 amid a surging new variant, Thomas Nelson (becoming Virginia Peninsula Community College) is switching most of its classes from in-person to virtual for the first two weeks of spring semester. Read more. 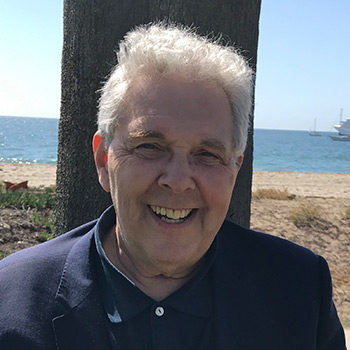 Although he lives 3,000 miles away in the Golden State of California, Thomas Kolba is a devoted member of the Thomas Nelson family. This west coast native moved to Hampton Roads to be closer to his family, particularly his father.

Thomas’ background is in forestry; however, the industry was undergoing drastic changes that prompted him to attain a Bachelor’s degree in liberal arts. He would eventually obtain a double master’s degree in the humanities and history.

He began his career at Thomas Nelson in 2006 teaching humanities. He taught face-to-face classes for several years before relocating to Chatsworth, CA following the passing of his father.

He also teaches at Pasadena City College and Hampton University, but Thomas Nelson holds a special place in Thomas’ heart.

“I owe Thomas Nelson so much. It was the first college that opened the door for me to teach. The former dean of CHSS hired me before I completed defending my master thesis. There was a spirit of congeniality amongst the faculty. They really took me under their wings. The students were friendly and eager to learn,” he said.

During last year’s employee giving campaign, Thomas opened an email from the Educational Foundation. “I had never given to the Foundation before. However when I read about our students’ needs, I decided to give.”

Thomas believes, “As faculty members, we have to remember that our students have full lives outside of school. They have responsibilities. They’re parents, work, and have other obligations. But, sometimes they need our help to stay in school.”

“I’m at a point in my life where I can afford to give back,” he reflected. He maintains, “If everyone gave $5, $10, or $20 from their paycheck, we would have a tremendous impact upon our students. It doesn’t matter how much you give. Just give.”