OFFICE OF STUDENT LIFE AND LEADERSHIP

The United States Constitution guarantees that all people are to be treated as equals under the law. People are protected by a wide range of anti-discrimination laws. These laws include specific provisions against discrimination based on: age, race, color, religion, national origin, ancestry, sex, marital status, disability, sexual orientation, military service or unfavorable discharge from military service.

Americans can be proud that our equal rights laws and recognition of diversity serve as examples to other countries. These laws extend protections to everyone in our increasingly diverse nation. One of the most effective ways promote awareness of issues relating to diversity is through film.

Movies that promote diversity (Please note: some may have adult content)

Watch for themes that reflect diversity.

What themes did you notice?

Did the film address:

How did the movie make you feel? Were you angry, sad, sympathetic or amused?

Do you think the movie meant to make you feel these feelings?

Think about the message you believe the movie was supposed to make.

Was there an obvious conflict?

What was the resolution?

Was a problem solved in a way that satisfied all parties?

Was there violence depicted? If so, were there better ways of resolving the conflict?

Could you imagine yourself in a situation like the one depicted in the film?

How would you have reacted?

What is even more interesting is watching the movies with others and then discussing each point. It will be interesting to see the similarities and differences on each point.

Now that you have viewed films that promote diversity take the next step and view films that are actually diverse.

For reliable information about the law, it’s role in society and legal issues, check out the American Bar Association Division for Public Education web page: https://www.americanbar.org/groups/public_education/

BEAT THE BOREDOM with the

OFFICE OF STUDENT LIFE AND LEADERSHIP

Are you looking for some intersting and fun things you can do? We've got a few suggestions for you:

Jazz at the Lincoln Center 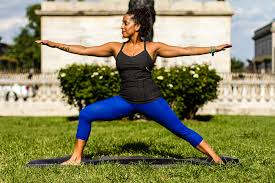