Alums Making Their Way in World of Law

Violet Hahn earned an undergraduate degree in political science from Randolph-Macon College before attending Thomas Nelson. Ryan Cutchin considered a career in biology or the medical profession when she started at the College. Barbara Selje entered Thomas Nelson just wanting to earn a college degree.

What they have in common now is all three are embarking on careers in the legal profession after having earned degrees at Thomas Nelson. Hahn is a paralegal in the Newport News Commonwealth's Attorney's Office. Cutchin earned a full scholarship to the College of William & Mary and is working full time in human resources at a local company. Selje, who is from Germany, runs a family law practice on the Peninsula.

Thomas Nelson paralegal professor Amy Anderson had Hahn and Cutchin in class, and remembers both very well. Selje, who eanred an associate degree in social science, was not among Anderson's students.

“Both were outstanding students who not only performed well academically, but who really demonstrated a commitment to personal and professional growth through the program during their time at (Thomas Nelson),” she said.

Hahn is from Newport News and graduated from Menchville High School in 2012. At R-MC, she majored in political science with minors in history and women’s studies. After working for a defense attorney for about a year, she wanted to learn more about the paralegal profession, so she enrolled at Thomas Nelson. She needed just three semesters (summer, fall and spring) to earn her associate degree, but made quite an impression in her time on campus.

“Violet frequently asked deeper and higher-level questions, which engaged both her classmates and me as an instructor,” Anderson said.

“They are phenomenal and truly care about their students’ success, and are a wealth of knowledge,” Hahn said. “Furthermore, they make each class incredibly interesting and provide many firsthand examples from their experiences practicing law.”

Hahn’s duties for the Newport News Commonwealth’s Attorney’s Office include preparing legal documents for court filings and conducting legal research. She said her time at the College prepared her for the position by stressing the fundamentals of criminal law. She added many of her class projects at Thomas Nelson simulated the situations she often faces as a paralegal.

“The best thing about my experience at (Thomas Nelson) is the confidence I gained from completing the program,” she said. “After graduating, I knew I was ready to tackle the legal field.”

Cutchin was a Presidential Ambassador at Thomas Nelson and is a current member of the Legal Studies Department Advisory Board as an alumna. She earned a paralegal associate degree from the College, and is majoring in government and philosophy at W&M. 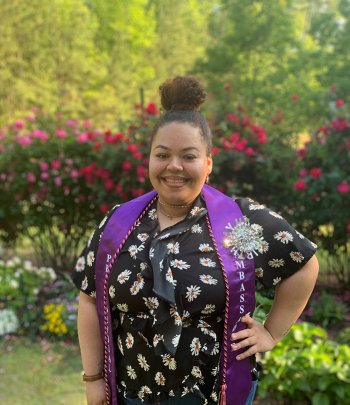 ly a huge leg up when it comes to securing administrative and/or corporate positions," Cutchin said.

Anderson said her Intro to Law class sparked Cutchin’s interest in the profession.

“While she began as a quiet, soft-spoken student in that first legal course, it was fun to watch her bloom over the next several terms and to see her become very active in the program and on the campus at large,” Anderson said.

Her work outside the classroom also caught Anderson’s attention.

“She always made herself available to assist and support her classmates, whether in group projects or answering their questions, even helping them to locate internships and connections off campus,” Anderson said.

The success of Hahn and Cutchin is not a surprise to Anderson.

“I'm very proud of both women,” Anderson said. “They are intelligent, kind, and service-oriented individuals, whose careers and continued growth as citizens and legal professionals I am excited to see develop.”

Selje took a somewhat different path, earning an associate degree in social science at Thomas Nelson in 2011. And it was a professor who played a key role in her success, as well. She said Michael Bruno, the dean of instructional services at the time, pushed her to co-enroll at William & Mary.

“We didn’t talk about law school,” she said of the conversations the two had early in her time at the College. “He was very adamant about me co-enrolling at William & Mary. At that point, I hadn’t even thought about a four-year college to finish my bachelor’s. But it was him who kind of put this all in motion, basically.”

While growing up in Germany, she had always thought about law school. That was put on hold after meeting her future husband, an 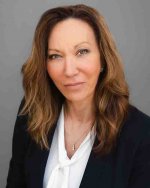 American stationed at an Army base in Germany, and starting a family. They had three children and moved from Germany to Fort Campbell, Ky., back to Germany and then Williamsburg after he was stationed at Fort Eustis in 2002. Tragedy struck when he died nine years later. Thoughts of going to law school returned, so she began attending Thomas Nelson.

“I was just trying to get a college degree,” she said.

She admitted that first step was scary, but soon found support from her professors and the administration.

“I wasn’t thinking I was good enough to even think about William & Mary,” she said. “People that I met along the way kind of steered me in the right direction.”

She added all the professors provided a great learning environment, and were interested in offering help.

“They were always there for you,” she said.

Like Hahn, Selje developed confidence because of her time at Thomas Nelson, admitting when her journey began she couldn’t have envisioned where she is now.

With each step along the way, she kept proving to herself she could do it. After graduating from Thomas Nelson and then William & Mary, it was on to the University of Richmond law school, where she graduated in 2018. The following year, she passed the bar exam, then opened her practice, which concentrates on all aspects of family law.

“Thomas Nelson was for me, the start of this whole journey,” she said. “I was unsure about myself if I could do this.

“I don’t know where I would have been if I would not have started at Thomas Nelson. I think Thomas Nelson really set me up for where I am today.”

Bruno knew this was possible all along.

“I'm not surprised that she has done so well,” he said.