Dr. Dunn's students made her the most nominated professor for a Learning Environment Award. 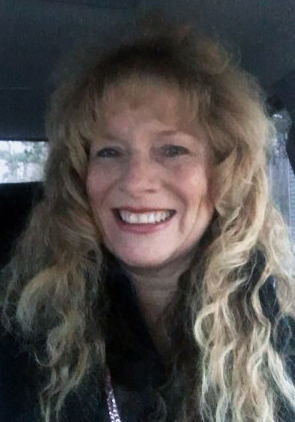 Graduates weren’t the only ones celebrated at Thomas Nelson Community College last week. Three days before commencement, nearly 20 faculty and staff members were honored by their co-workers.

“These awards are exceptional because the nominations came right from you,” Dr. Susan English, vice president of Academic Affairs and Workforce Development said during a Zoom meeting before the winners were revealed. “They came from the faculty, the staff, the administrators as well as folks from our greater community college family … They truly represent the best achievements of our faculty this year.”

The annual Vanguard, Faculty Focus and Gator-Aide awards are given out by the College’s Faculty Reward and Recognition Committee, with the monetary rewards part of the Human Resources budget. Three – Alandra Giron, Amanda Maule and Stacey Schneider – won two awards.

In the month leading up to last week’s awards, more than 60 faculty members (full-time and adjunct) received Learning Environment Awards, which were entirely student-nominated. Michelle Alexander and Schneider, co-chairs of the Faculty Reward and Recognition Committee, said they received more than 400 total nominations mentioning 180 teachers.

“We were overwhelmed with the gratitude of students for those teachers that are really going the extra mile,” Schneider said on the Zoom meeting.

One of those teachers – Dr. Linda Dunn– stood out. The psychology instructor received the most nominations.

“My secret is I get the best students,” she said with a laugh. “I’m really honored because I’m among so many awesome dedicated educators. It just means a lot to me.”

Her co-workers weren’t surprised so many students nominated her.

Dr. Patrick Smith, also a psychology professor, wrote in an email: “I personally cannot think of a more deserving person, as she combines an incredible knowledge of psychology with her warm and caring personality. Dr. Dunn is the best among us, and that is saying something because we are a fantastic department.”

Psychology Department Chair Shanda Jenkins echoed those thoughts: “I am not at all surprised that Dr. Dunn is so well-loved.”

Dunn, who has been with Thomas Nelson for seven years, is just as appreciative of her co-workers, and said they have played a big role in her success.

“Shanda Jenkins, she’s the best psychology chair on the planet and the best boss,” Dunn said. “Dr. (Ursula) Bock, she’s the best dean ever. And Jason Vance, he is the IT expert and he teaches mathematics. He’s always available. He’s so patient, and he makes it look easy.”

Dunn has been teaching in college for 17 years, and said the key is making the classroom an enjoyable environment. She said her mother, whom she called “the best educator there was,” told her 45-minute lectures aren’t the best approach.

Through their nominations, her students made it clear they were having a good time and learning.

The list of winners of the annual faculty awards: