Michael Bruno was given a director’s chair by his Honors Studies class in 1986. It was "a gift from them for my 'directing' them through the anxiety-producing end of year Honors Project reports," he said.

When Michael Bruno visited Thomas Nelson for a job interview, he also was considering two other colleges. One was in Flint, Mich., but when he went there, it was during a strike and a snowstorm. The other was in West Virginia, and after his visit, he didn’t think was a good fit.

His trip to Thomas Nelson, on the other hand, was just about perfect.

“Everything was in bloom. The students were in shorts. I saw surfboards on cars. The campus was beautiful,” said Bruno, who grew up in southern Ohio and graduated from Ohio University. “The people were friendly. I liked the variety of students. I liked the faculty I met. They were friendly and welcoming. The diversity of the campus and the commitment to student learning and supporting faculty were all very attractive to me.”

He interviewed in spring 1972, was hired and had to report to campus Aug. 15. He had taught for a couple of years while doing his graduate work at Ohio University, and enjoyed it. He thought he’d spend a couple of years at Thomas Nelson and then go to a four-year institution.

But, again, he quickly discovered Thomas Nelson was the perfect place for him.

“The first week there, the first week of classes, my mind was made up that I had found a fit and I wanted to stay there the rest of my career,” he said.

And that he did, retiring from Thomas Nelson in 2010. In addition to his teaching responsibilities, he was Faculty Senate president in the early 1980s, and had multiple stints as the chair of the English department in late 1970s. 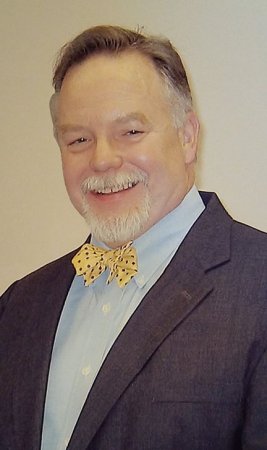 “I began to see that I was really going to be in a place where people’s lives could change, and they came so they would change,” he said in a recent phone interview from his current home in Sarasota, Fla. “They were invested, particularly the evening students and the older students, in their education. I had to step up to the plate to get my contribution to making their lives improved. That was an underlying theme for me the rest of my time.”

He also said his colleagues were great, and he learned a lot from them. He noted while there were a lot of former military personal on faculty, “they were not stiff. They were more fun-loving. There was a sense of anything’s possible here.”

He was hired to teach English, and his courses included English composition, short story and novel, poetry and drama, as well as developmental writing.

“They kept us very busy, and it was a lot of fun,” he said. “We got exposure to a lot of students.”

Since the College was small, just a few buildings on the Hampton campus at the time, the faculty and staff also got to know one another. He mentions a host of them in a nearly hourlong conversation, among them Fred Henney, Ruth Pitts, Ruthie Simon, Diana Martin, Sallie Marchello, Tom Morehouse, Thurman “T” London, Dr.Gerry Cannon, and Dr. Richard Calver.

“The layout was small, meaning you’d bump into colleagues from other divisions and departments quite often,” he said.

One of those was Gene Wingo, an original math instructor and longtime chair of the science and mathematics division. Wingo worked at Thomas Nelson until his retirement in 2000.

“I treasured him as my mentor and close friend when I became a division chair, then dean,” Bruno said of Wingo. “We had a mutual support relationship, for which I’m deeply grateful.”

Wingo said they quickly became friends, and remain so to this day.

“One of his strengths as an administrator was that he was a very level-headed guy,” Wingo said of Bruno. “He would try to do the right thing regardless of whether it was popular among faculty or not.”

Wingo pointed to others traits that made Bruno stand out.

“I had a lot of respect for him.” Wingo said. “I think his ethics and the way he tried to deal with people. He genuinely liked everyone, and tried to do the best by all the faculty and staff.”

He treated students the same way, one of whom was Barbara Selje, who was going back to school after the death of her husband. Growing up in Germany, she had always thought of a career in law, but when she enrolled at Thomas Nelson, she wasn’t looking that far ahead. However, a talk with Bruno put her on that path.

“We didn’t talk about law school,” she said, noting Bruno was dean of the Historic Triangle campus at the time. “He was very adamant about me co-enrolling at William & Mary. At that point, I hadn’t even thought about a four-year college to finish my bachelor’s. But it was him who kind of put this all in motion, basically.”

After graduating from Thomas Nelson in 2011, Selje earned a bachelor’s from William & Mary in 2015, graduated from the University of Richmond’s law school in 2018, and passed the bar in 2019. She runs a family law practice in Williamsburg.

“He probably influenced many students along his career,” she said.

Vision for students, the College

While he’s proud of his work with students, there are two other accomplishments that stand out to him.

In the 1980s, he attended a statewide conference that was designed to create an honors organization for two-year and four-year colleges throughout the state, called the Virginia Collegiate Honors Council (VCHC).

“We decided we would be student-focused because we were trying to identify and promote honor students,” he said. “The underlying agenda of course was getting them credentialed for a track of transferability.”

As a result lf the conference, he was in charge of creating a proposal for honors studies at Thomas Nelson. But he made one change.

“I insisted any student in any curriculum should be allowed to apply, not just transfer students,” he said.

He recalled one student, who had gone back to college after raising a family. She was concerned about how she would do since it had been so long since she had been in school.

“Like I tell anybody who asks about the community college, that type of student, all she needed was one A, and then it was get out of the way,” he said. “That’s the kind of student who succeeded.”

That particular student went on to William & Mary, and eventually worked at a number of museums on the Peninsula.

“That kind of stuff was really exciting,” he said. “Those students had no problems getting into four-year schools.”

He also saw potential in the College itself, not just its students.

Beginning in spring 1973, he lived in Williamsburg and drove down Interstate 64 every day on his way to work at the Hampton campus. He thought there were a lot of people who might be interested in a campus farther west on I-64 so they wouldn’t have to fight that traffic in Hampton every day.

“I started then saying, ‘Look, you ought to think about a campus in Williamsburg,’” he said. “The idea was kind of scoffed at, but now they’ve got a college up there.”

In late 1999, he was made the point person to explore the possibilities. The College first rented space in Williamsburg for night classes, and a counselor would come there once or twice a week. Connections with William & Mary, and Colonial Williamsburg led to daytime classes, which led to increased interest, and eventually a second campus.

“The numbers started climbing because we had more space,” he said.

He worked at Williamsburg campus from 1999 until his retirement in 2010, was on the planning committee for the Historic Triangle campus, and did have the opportunity to teach in the new building.

Teaching even in retirement

“I got encouraged by some neighbors to teach poetry over Zoom to our large (senior) community,” he said. “It’s informal, but I keep it structured. Eventually, we’ll be moving back to the classroom in the community center.”

He’ still unpacking from the move, and he recently worked his way through a collection of New York Times Sunday crossword puzzles.

He thinks of the College often.

“I remember Gerry Cannon leading us, the faculty and staff, down the hallway in Diggs to go out in the field,” he said. “He had his construction helmet on. He turned the first spade for Diggs-Moore Hall, and we all thought that was big deal.

“It went from that to a two-campus institution with outreach in various parts of the community, and many thousands of students, and large faculty and staff. I’m very proud of the College for all it’s done.”

The words “Thomas Nelson” hold special meaning to him, and not just because it’s where he worked for nearly 40 years, serving under six of the eight permanent College presidents.

“For me, it means opportunity, and has always meant opportunity as an open door college, as a very diverse college,” he said. “A chance for people succeed or to learn how to succeed.”