Thomas Nelson was among the VCCS institutions represented at the Virginia Homeschool convention in early June.

According to the National Home Education Research Institute, the homeschool community in the United States grew 15 percent from 2010 to 2016. Statistics from the Virginia Department of Education show a 46 percent increase in homeschool students from the 2011-12 academic year to 2017-18.

Kathy Carbaugh, Thomas Nelsons Veteran Services coordinator,  has been part of the annual Virginia Homeschool convention the past five years, but has attended it almost every year since 1993, when she started homeschooling her kids. She sees firsthand the untapped potential the homeschool community can have on Virginia’s community colleges. And she has witnessed the benefits Thomas Nelson, and Virginia's Colleges Colleges (VCCS) overall, have received.

“We’ve had more and more students look at community colleges because we have been part of the state convention,” said Carbaugh. “The positive outcome of the VCCS being at this convention has made it a more viable option.”

Carbaugh said she recently received an email from Chris Pfautz, who works with the VCCS, that read: “I want the homeschooling community to see us, the VCCS, as the college of their choice.” 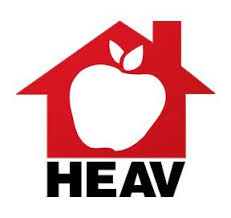 It appears to be working. At this year’s convention, put on by the Home Educators Association of Virginia, 212 students received high school diplomas at the graduation ceremony. Forty-five of those were dual enrolled in one of the 23 VCCS member institutions. Four of those 45 took classes at Thomas Nelson.

Carbaugh says she’s not surprised homeschooled students do well in the VCCS.

Anne Miller, president and executive director of the Home Educators Association of Virginia, and her husband, Jeff, have eight children. All of them took classes at Thomas Nelson either to earn an associate degree or as part of dual enrollment in high school.

“I had no hesitation as far as their adjustment,” Anne Miller said. “The thing that I knew was that often people that go to community college already are adults and have other lives. So, they’re not there for socialization. They’re there to get ahead.”

That worked well with her kids.

“They had plenty of friends. They weren’t going to Thomas Nelson for a social life,” she said. “They were going there to finish up with their education.”

Carbaugh, who primarily works with military-affiliated students, says her experience shows homeschoolers have no problem adapting to the academic challenges of college. They seem more inclined to ask questions because they have seen their parents navigate the homeschool system by doing the same.

“I find, overall, that you won’t know a student is home-educated because they adapt so well,” she said. “I had a 17-year-old here last year that fit in just fine. Only I knew that she had graduated at 16 and she was here on campus at 17.”

Miller recalled when one of her children was an Old Dominion University (ODU) student.

“Somebody high up in the engineering department at ODU said that she thought the character and the readiness that she sees in homeschooling was going to be the future of engineering,” Miller said.

As with many things, success breeds success. For homeschoolers, that often is fueled by word of mouth.

The VCCS and Thomas Nelson are learning all about those connections.